There's this one thing that never works with me.... 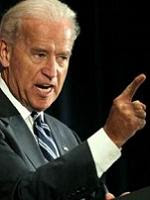 Speaking of inspirational messaging, Vice President Joe Biden yesterday said we must "remind our base constituency to stop whining."  Last week, Obama condemned "Democrats griping and groaning," and the day before he mocked Democrats who "just congenitally, tend to get -- to see the glass as half empty."  That was preceded by Robert Gibbs announcing that liberal critics of the President who complain about continuation of Bush policies "need to get drug tested," while Rahm Emanuel had previously shared his view that dissatisfied liberals are "fucking retarded".  Glenn Greenwald

David Dayen has an excellent post on all of this:


I would just add that I've never seen a politician run an election with the message "Don’t be stupid, quit your bitching and vote for me."  This goes orders of magnitude beyond "Here are the stakes, my opponent would vote against everything you care about."  That at least has a certain time-tested quality.  That would make the election a choice and not a referendum.  But "vote for me, you simpletons"?


There's a reason that strategy has never been employed: because it's so insane to think that open berating would inspire a voter to action.