What's the best protest song ever?

It's clearly a naked grab for your e-mail address. They've already got mine; I've had a sub since the 60s.

I remember this question--best protest song?-- popping up among nostalgists in the late 70s, when we'd hit our thirties, when disco and MBAs elbowed their way to center stage.

My perennial nominee:  Compared to What.  Les McCann and Eddie Harris jamming at Montreux in 1969; then, going big on the pop charts in '71.  What good is a protest song if it only gets sung at hootenannys and movement potlucks?  The BEST protest song has the lines you want to shout right now.

The President, he's got his war
Folks don't know just what it's for
Nobody gives us rhyme or reason
Have one doubt, they call it treason....

Three Myths of Israel's Insecurity. And Why They Must Be Debunked

This piece by Ira Chernus at Tom Dispatch, published overnight, took me right back to the 2008 post on how candidate Obama went to AIPAC in Chicago in early 2008 to swear that Israel's Security his first priority in the Middle-east.


Here are the Three Sacred Commandments for Americans who shape the public conversation on Israel:
1. For politicians, especially at the federal level: As soon as you say the word “Israel,” you must also say the word “security” and promise that the United States will always, always, always be committed to Israel’s security. If you occasionally label an action by the Israeli government “unhelpful,” you must immediately reaffirm the eternal U.S. commitment to Israel’s security.

2. For TV talking heads and op-ed pundits: If you criticize any policies or actions of the Israeli government, you must immediately add that Israel does, of course, have very real and serious security needs that have to be addressed.

3. For journalists covering the Israel-Palestine conflict for major American news outlets: You must live in Jewish Jerusalem or in Tel Aviv and take only occasional day trips into the Occupied Territories. So your reporting must inevitably be slanted toward the perspective of the Jews you live among. And you must indicate in every report that Jewish Israeli life is dominated by anxiety about security.

U.S. opinion-shapers have obeyed the Three Commandments scrupulously for decades. As a result, they’ve created an indelible image of Israel as a deeply insecure nation. That image is a major, if often overlooked, factor that has shaped and continues to shape Washington’s policies in the Middle East and especially the longstanding American tilt toward Israel. (more)

Fifty years ago today; the beginning of a half century of stupidity and failure...

Half a century ago I was cruising through the last weeks of high school when the news of this clown act hit the front page of the Cleveland Plain Dealer.
We are wedded to failure, addicted to licking imaginary wounds, immune to reason, living in the past, doomed to continue to fail.

No end in sight.

End the Embargo and the Travel Ban

It's my job to reassure the markets... 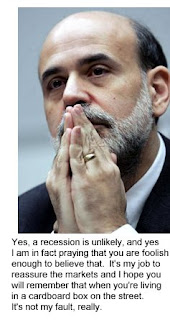 Shut down government funding of Radio and TV

Radio Martí  and TV Martí are the most audible and visible remnants of 50 years of American futility vis a vis Cuba. But they are barely audible and seldom visible.  About 1% of Cubans watch or listen.  It is not the jamming, it is the near total lack of interest.  Even the hapless lardass liberator, Alan Gross, trying to set up a clandestine insurrectionist communications out of his suitcase looks like a better bang for the taxpayers' buck.  Cutting them off should be an easy move, since Congress has already established the principle that NPR and Public Broadcasting should live without taxpayer subsidy.   And the Cuban broadcasts cost triple what goes into Public Broadcasting subsidies.

Since the OCB’s inception, more than USD 500 million has gone into funding the Radio and TV Martí broadcasts. The annual budget for the OCB reached a peak during the Bush administration in 2006 at USD 36.9 million, and hovered between USD 35 million and 33 million in the subsequent years.1 The Obama administration and formerly Democrat-controlled Congress have since stripped the OCB of USD 4 million in funding and placed restrictions on the agency’s budget. For fiscal year 2011, President Obama has proposed a budget of USD 29.2 million. In contrast, NPR receives roughly USD 5 million annually in federal funding, and provides award-winning coverage to 27.2 million listeners every week.

John Nichols, a retired Penn State University professor and expert on Cuban communications, estimates that passage of this legislation is “highly unlikely.” Although we are in a budget crisis, he says, the broadcasts are “symbolic of an irrational U.S. policy toward Cuba.” After two decades, the Radio and TV Martí broadcasts have become a forgotten issue, and their cessation may not occur until a larger change in U.S.-Cuba policy is made.            See COHA Report

Transocean Ltd. gave its top executives bonuses for achieving the "best year in safety performance in our company's history" – despite the explosion of its oil rig that killed 11 people and spilled 200 million gallons of oil into the Gulf of Mexico.

No biggie. And anyway, where are you going to find good people if you don't pay them?
Safety accounts for a quarter of the executives' total cash bonuses. The total bonus for CEO Steve Newman last year was $374,062.

From Tristero at the land of Digby
Posted by Jim Bouman at 6:04 PM 4 comments: