Just when millions are losing their health insurance...

At just the moment all Americans are staring in the face of an economic outlook that ranges from stressful to disastrous, comes this snapshot of current health status. Researchers found that "85% of Americans rated their own health as "excellent," "very good," or "good" in the on-going assessment of status of Americans over the age of 18.

But, the details of their own reports of indicators of ill-health, specific diagnosed conditions and unhealthy-but-not-disabling (yet) vulnerabilities reveals that they might be a great deal less healthy than they think.

Greta Kilmer, an epidemiologist with the Centers for Disease Control, and the lead author of the the report detailing status for 2006 says: "It may be that people are engaging in risky behaviors that will come back to hurt them. Most chronic diseases take time to affect your health."
Posted by Jim Bouman at 5:06 PM No comments: 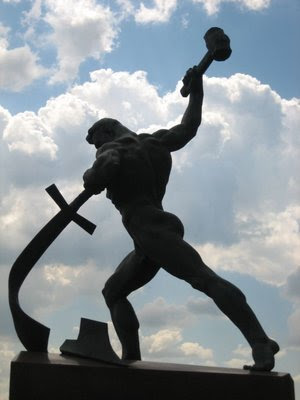 And ye shall beat your swords into plowshares and your spears into pruning hooks; neither shall you study war any more. Variously attributed to the prophet Isaiah, the prophet Micah and numerous non-religious wise men through the ages.

And the last thing we'd want to do is leave all those swords and spears laying around on the erstwhile battlefield after the soldiers have headed home, some horizontal, some addled and broken, others hooting about "Mission Accomplished".

Is anyone gonna clean up this mess? 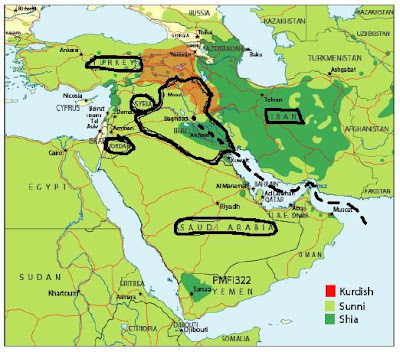 Yes, of course. That's called Logistics.
I became an expert in questions of movement of armies and Bonaparte's dictum that armies travel on their stomachs by referring often to the astonishingly tragic and heart-breaking story told in this graphic by Charles Joseph Minard. The subject: Napoleon's Moscow campaign of 1812.
They were no match for the vicissitudes of weather, terrain and fleas. Typhus-ridden fleas which Grand Armee bedded down with in the countryside as they foraged their way into Russia that summer. Fleas probably killed more of Napoleon's men than the Cossacks did. And each new day brought the choice: ride that horse or eat it.
The Czar's crafty military strategy was to stay fifty miles ahead of Napoleon's column, slaughtering and burning everything edible, a day or two before the enemy planned to capture and eat it.
Fast forward 200 years.
Merely looking at the map of Iraq suggests the difficulties in removing hundreds of thousands of men and women and $$$Tens, probably hundreds, of Billions $$$ of materiel and equipment from that place. Iraq's bordering states: Iran, Turkey, Syria, Jordan and Saudi Arabia present a simple fact: everything has to leave by way of the single port on the Persian Gulf, on ships that must travel practically within hollering distance of the Iranian coast, then make a hairpin turn while wriggling through the 30-mile-wide Straits of Hormuz.

With the shortages of enlisted troops, my guess is that the Armed Forces of the US have been paying scant attention to training for the coordinated withdrawal of all those people and all that gear.

It's "physically impossible," says "a top officer involved in briefing the President-elect on U.S. operations in Iraq," according to Time Magazine.

In a nutshell, the Pentagon's argument couldn't be simpler or more red-bloodedly American: We have too much stuff to leave Iraq any time soon. In war, as in peace, we're trapped by our own profligacy. We are the Neiman Marcus and the Wal-Mart of combat. Where we go, our "stuff" goes with us - in such prodigious quantities that removing it is going to prove more daunting than invading in the first place....

Some have estimated, however, that simply getting each of the 14 combat brigades still stationed in Iraq on January 20, 2009, out with all their equipment might take up to 75 days per brigade. (If you do the math, that's 36 months, and even that wouldn't suffice if you wanted to remove everything else we now have in that California-sized country.)

Read the whole story by Tom Engelhardt here at Truthout.

Posted by Jim Bouman at 6:42 PM No comments:

Posted by Jim Bouman at 9:12 AM No comments: